The Anti-Gendered Face of the Corona Crisis: The Case of Turkey

While the COVID-19 pandemic intensifies, its gendered effects have begun to gain attention and psychological, sexual, and physical violence against women is increasing all over the world. “Staying at home” is presented as a mandatory health measure, but women are forced to live together with men who are violent to them. So what is the situation in Turkey?

Violence against women (VAW) has been on the rise in Turkey. The “We Will Stop Femicide Platform” announced that at least 29 women had lost their lives as a result of male violence in March, 2020 alone. Independent research conducted in 28 provinces in April to investigate VAW during the lockdown indicated that VAW in Turkey increased by 27.8 percent. In contrast to the increase of VAW, there is a rising debate against the Istanbul Convention (Council of Europe Convention on preventing and combating VAW and domestic violence). The Convention insists that the state needs to take preventive and protective measures against violence. Although the necessary system has been established through laws and regulations to achieve this, we see a lack of political will in ensuring its implementation.

The Istanbul Convention was opened for signature in Istanbul on 11 May, 2011 to combat VAW. Since then, it has been signed by 46 states plus the European Union. Turkey became the first country to ratify it. Law No. 6284 was implemented following the Istanbul Convention and included detailed measures on VAW, which are studied under the section focusing on Turkey. Moreover, the ruling party of the time was the Justice and Development Party (JDP), which today openly produced rhetoric and policies against the Istanbul Convention.

The motivation of the JDP government to sign this convention seems not to be based on the desire to implement gender equality, but on the context of balancing relations with the EU. Indeed, it is difficult to say that the Istanbul Convention has been appropriately implemented since it has entered into force.

At this point today, the JDP government is conducting propaganda against the Istanbul Convention using the rhetoric and tactics of the transnational anti-gender movements riveted by the emerging right-wing populist neoconservative governments around the world. The anti-gender movements organised at the base, taking power from these discourses, are getting stronger every day. While the individual movements may have nuanced differences among them, it is necessary to consider them as part of a transnational conjuncture that has grown stronger in recent years.

The anti-gender movements, organised against the so-called ‘gender ideology’ as an enemy, began to emerge and proliferate in different parts of the European continent after 2010. However, the foundations of this movement were laid by the Vatican in 1994. The UN held two conferences in 1994 and 1995, respectively. As a result of these two conferences, the introduction of the concept of gender into UN documents and the acceptance of sexual and bodily rights as human rights, especially abortion, made the anti-rights and equality masses uneasy (Corredor 2019). The illiberal countries and the Vatican have begun to work for the formation of anti-gender movement organisations. These movements have been debated for some time in Europe, with traces of them appearing mainly in Italy and followed by France, Slovenia, Croatia, Hungary, Poland, Germany and Sweden. The movements have spread globally since then.

Gender as a “Symbolic Glue”

Although each of these organisations describes itself as local and national, they are transnational in that they have common goals, actors, discourses, and forms of action. Rooted in familialism, their opposition to the right to abortion, women’s reproduction rights, marriage equality, and LGBTI+ rights have led to racism and xenophobic actions. These movements target the Istanbul Convention, gender studies in academia, the EU and the UN because it is believed that they distort the traditional family structure (Pető/Simon 2017). With this characteristic, anti-gender movements can bring together different kinds of reactions rising from the right against neoliberal globalisation and liberal democratic values. In other words, “gender” functions as a symbolic glue (Kováts/Maari Põim 2015). It is argued that gender is an ideological concept, stressing that it is not “scientific” and imposes “unnatural” sexual identities.

Pető and Grzebalska proposed a concept of “polypore state” to understand the relationship between illiberal democracies and these movements. Polypore is a parasitic fungus that feeds on decaying trees and contributes to their decay. In this context, a polypore state points to the new illiberal regime that emerged above the liberal democratic institutional structure that developed after 1989 in Eastern and Central Europe. Based on a popular reaction to neoliberal globalisation, these regimes levy war not only on gender equality, but also the fundamental values of European liberal democracy within three essential tenets of illiberal polypore states: parallel civil society, security narratives, and the family. First, illiberal democracies create a parallel civil society through government-organised non-governmental organisations (GONGOs) which work to foster the state’s views and ideology. Second, to legitimise their disregard for a plural civil society, illiberal governments use the security narratives. Human rights defenders are labelled as foreign-steered and potential enemies for national sovereignty. Third, they emphasise nationalist ideas about the family to attack human rights, emphasising the interests of traditional families over those of individuals and minorities (Pető/Grzebalska 2016). These features are prevalent in the case of Turkey.

The Reflection of Anti-Gender Movements in Turkey

In recent years, we are witnessing attacks on the gains of feminism in Turkey. Although the emerging anti-gender movements in Turkey have unique characteristics, their general discourse is moving in line with the global trend. Turkey’s most significant uniqueness is that this movement is promoted from the top rather than the grassroots, although there was always a mass waiting to lurk against the feminist movement.

Today, there are various journalists, academics and politicians in Turkey who are attacking the concept of “gender” itself with the influence of the transnational anti-gender movements. Gender equality, which was previously denied regarding Islam, is now criticised in an ideological framework through familialism and security narratives. The narrative of male victimisation organised over the Istanbul Convention and Law No. 6284 has started to grow, with many female anti-gender advocates claiming that many innocent men have been jailed for slander due to the Istanbul Convention.

These threats have been increasing day by day, and we need to take them seriously. In the Corona crisis, as women and LGBTI+ community members are more vulnerable due to unlawful practices and pressures, we need solidarity and more strict adherence to the Istanbul Convention and Law No. 6284.

This article was prepared in cooperation with the ‘Politics and Gender’ Section at the Deutsche Vereinigung für Politikwissenschaft (DVPW). We would like to thank Dorothee Beck and Miao-ling Hasenkamp for supervising this article and Brian Beadle for the language editing.

Kováts, Eszter & Põim, Maari (Eds.) (2015). Gender as symbolic glue. The position and role of conservative and far right parties in the anti-gender mobilizations in Europe. Budapest. http://library.fes.de/pdf-files/bueros/budapest/11382.pdf [Access on 05/10/2020]

Pető, Andrea & Grzebalska, Weronika (2016). How Hungary and Poland Have Silenced Women and Stifled Human Rights. The Conversation. http://theconversation.com/how-hungary-and-poland-have-silenced-women-and-stifled-human-rights-66743 [Access on 05/10/2020] 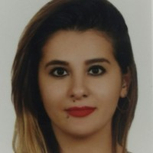 Sedagul Yavuz is MA candidate at Middle East Technical University in Ankara in the Department of Gender and Women's Studies. She is also working in the NGO "Flying Broom Women’s Communication and Research Association" as a project coordinator. She is mainly interested in anti-gender movements in Turkey and Europe, civil society, migration and women's employment.