Your biography is shaped by migration, as you originate from the Netherlands, having also taught in Canada, in Trinidad and Tobago, in Norway, in Denmark… How does this experience shape the way you do research on migration and gender?

Well, it is true, that I moved a lot, but very much in an academic setting, within the same community. This experience does help to understand many issues that people are dealing with in terms of cross border relations. Presently in Mexico, it is getting more and more dangerous to cross the border into the United States – not just because of what the American Government is doing, but also because of organized crime, that often tries to exploit the situation of migrants. This situation changes the patterns of migration that so far had been circular: People would come and go. And in a certain way, my migration is also circular, because I come and go.

In Mexico, this experience has helped me: I am a foreigner in Mexico and when I do field work, one of the ways I can connect with people is to say, I am also a migrant. And then, people start to laugh, because they don't associate that with me. In the Mexican context, there is a distinction between migrants and foreigners.

The project I pursue with my colleagues focuses on cities in Mexico and – among other things – their policies towards migration. We found out, that these Mexican cities deal with different kinds of migratory flows: (1) Mexican migrants coming back from the United States, because they're being deported or because they come back voluntary; (2) trans-migrants from central America, who are coming through, the so called caravans of migrants, heading for the United States; (3) expats like myself. In Puebla, where I live and teach, there is a big German community, because of the Volkswagen and Audi factories.

Could you tell us a little bit more on your project?

My research focuses specifically on the role that Mexican cities play in dealing with migration, while the overall project dealt with more dimensions regarding the role of cities in policymaking (Marchand & Adriana Sletza Ortega Ramírez, 2019). We looked at how three cities, Puebla, Monterrey and Tijuana - cities with somewhere between 1-2 million inhabitants -  are involved in governing migration. We analyze how these cities deal with these different forms of migrations. Also, we ask if these cities are dedicated to the issue of integration of refugees, of incoming migrants in general etc. However, we found out, that it is difficult to distinguish clearly between what cities and what states (the equivalent of the Bundesländer in Germany) are doing. Another problem we encountered is that there is only little statistical information on how many legally registered foreigners are living in these cities. We had to go through the access to information procedure, in order to get that kind of information.

So who are the migrants?

We have some numbers, but they are all estimates, because most Mexican migrants going to the United States are undocumented. However, there are quite decent estimates, indicating slightly more male migration to the United States than female. In terms of return migrants, we know that actually more men either return voluntarily or – mostly – are being deported than women. I estimate, it's around 20-30 percent of return migrants are women and around 70 percent men. The estimates on transmigrants are much more uncertain. We know more or less that there are around 100.000 last year, between 100.000-150.000 people from Central America passed through. However, these are very rough estimates, based on how many people are detained and then send back. The majority of these transmigrants are male, although increasingly entire families with small children are passing through Mexico in order to get through the USA: Last year these transmigrants were very visible as they moved in large groups, so-called “Caravans” for their own protection. In terms of expats moving to these three cities, the majority are male migrants who are either single or may bring their families as dependents. In other words, their migration pattern tends to be heteronormative and patriarchal.

So is there a focus in policy on certain groups of migrants?

In general, there is a lot of attention to Mexican migrants leaving for the United States and those coming back. Other types of migration are marginalized in terms of policymaking, in terms of dealing with these issues. So expats are dealt with indirectly through policies to attract foreign direct investment, while transmigrants are sometimes perceived as a security issue and in other cases just as ‘not our problem’ by municipalities, but rather as a responsibility of the federal government. At the local level, however, we clearly see policies directed at Mexican migrants going to the United States and their – either uncoerced but often forced – return to Mexico.

What does this mean in terms of gender relations?

Migration and transnationality are gendered experiences in a multiple of ways. We did a study on Mexican women returning from the United States and we found out, that there is no integration of a gender analysis (i.e. of the circumstances, needs and special issues that migrant women are dealing with) in order to reintegrate female return migrants into the labor market. Policies to reinsert migrants into the labor market are still much more direct towards male migrants rather than female migrants. For instance, the job fairs organized for return migrants reflect gender biases as they have more job listings for male workers than female workers. Also, women are approached in their role of mothers or spouses, i.e. how to inscribe their children at local schools. This is reinforced by the situation that many women still see themselves as the primary care takers of children. So if children come back, they run into a lot of issues, for example in terms of documents – birth certificates, (high-) school diplomas, etc. Initially, the government even asked for an apostille, which is an international legal certification that diplomas are legal documents. But if you are being deported or you have to leave quite quickly, people usually do not have a chance to get all these documents ready. So many migrant women struggle with these issues, until policies concerning documentations for elementary schools or high schools were at least partly modified.

Another issue of transnationality and migration is the question of citizenship. Children of Mexican migrants, born in the United States have U.S.-citizenship, while their mothers do not. So some women wonder, if they should send their children with American citizenship back to the U.S. in order to get an education and a better life.

We found out however, that the agency of women is restricted because patriarchal family norms and migration regimes intersect. One woman for example returned to Mexico in order to fulfill obligations towards members of her husband’s family, leaving two children with family members of her spouse in the US, who eventually stopped taking care of her underage children, forcing them to support themselves on their own. In this case, it was not possible for the woman to make claims towards her husband’s family, rather, she was even obliged to do care work for them. Also, because she did not have U.S. citizenship, she could not easily return to her children and take care of them herself.

Furthermore, in terms of policymaking, very little attention is paid to the connections between migration and issues of domestic violence. Programs addressing domestic violence do not address the particularities and situations of migrant families. For example, migrant women in the US often feel they cannot go to the authorities to file a complaint out of fear that they will be deported. On the other hand, some women we interviewed left the US because of the domestic violence they experienced.  Yet, local programs in Mexico do not necessarily address the complexities of mixed transnational families, characterized by multiple types of citizenship and belonging.

So from your perspective: What could city governments do in terms of policy making to improve the situation of migrant women?

This is a very important question. In particular, they need to understand and address the layered, complex realities and situations that migrant women are facing. In particular, it is important that city governments address the realities of transnational families and their specific needs in relation to work, education and reinsertion into the local society.  In addition, the municipal authorities need to address the specific needs of transmigrant women and their children. Both questions need to be approached from an intersectional perspective. 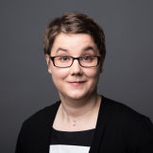