Insta-girlhood and the Limits of #MeToo Life Writing

The Insta-girl, a postfeminist, late-capitalist figure characterized by “oversharing” of intimate content, epitomizes the production, circulation, and consumption of a particular type of “girl-hood” which appeals to audiences via modes of fetishization and abjection. Amalia Ulman’s Excellences & Perfections and Noa Jansma’s Dear Catcallers critically employ the trope of the Insta-girl to call attention to everyday sexism and systemic misogyny on social media and in “real life.” Through staged auto-performances, these feminist art projects critically engage with the Insta-girl trope and its affective economies to create visibility for gender-based discrimination, hate speech on social media, and sexual harassment. Their use of pastiche in their own Insta-narratives incites comments about authenticity and thus throws into relief the inherent misogyny at play when “girls’” authorial practices are called into question.

Excellences & Perfections gained notoriety because it appropriates the narrative of a popular Insta-girl to gain attraction and enter into conversation with Instagram audiences. The commodified womanhood Ulman performs on her Instagram won her thousands of followers, many of whom sympathetically or admirably related to her Insta-narrative, others saw in it an outlet for sexist and misogynistic hate speech. Ulman’s performance can be divided into three acts, each one using a distinct visual iconography: in the first one, a pastel color scheme and a Lolita-look create the impression that Ulman is a typical Influencer on Instagram; in the second one, black and gold stage the scene for Ulman’s alleged affair with her “sugar daddy” and visually frame her mental breakdown after a few months; and in the third one, Ulman reappears – cleansed and serene – in earthy tones and Yoga poses when she tells her followers that she is “all better” now. The Insta-girlhood Ulman performs is strategic – in the sense of Gayatri Spivak’s notion of strategic essentialism: a sociological experiment with audience’s ability to be social on social media (Spivak 1985, p. 181).

Jansma’s Dear Catcallers: It is not a compliment is a collection of selfies with men who verbally harassed her. In every post, Jansma performs a similar demeanor: annoyed, frustrated, yet determined, focused, and confrontational. Together with her control over the image (and perhaps by extension the situation), her unamused but determined gaze serves as a commentary to the laughter and ridicule most of the men in her selfies express. Jansma’s refusal to partake in their humor and laugh it off exemplifies a feminist resistance strategy that Sara Ahmed terms the “feminist killjoy” (Ahmed 2016, p. 10), a deliberate rupture with the bemusement initiated by racist or sexist comments. Being a feminist killjoy, in Ahmed’s theorization of feminist resistance to hegemonic forms of oppression, means taking a stance against majority condoned actions, in public and private spaces, during committee work and at the family dinner table. Through her non-compliance, Jansma’s feminist killjoy pose underscores the gravity of misogyny and other forms of systemic violence against women. Jansma’s project has garnered very different responses, ranging from expressions of solidarity to hate speech. Posting the images of her harassers in seemingly amicable poses has also brought her work in contact with Red Pill and Incel groups, who criticize her project for what they deem transgressions of the featured men’s right to privacy.

Ulman’s and Jansma’s respective projects are part of a growing archive of #MeToo Life Writing that facilitates the sharing of personal stories of sexual harassment and sexualized violence as acts of protest and practices of solidarity. In the immediate context of the #MeToo movement, such projects contribute to the continuous efforts of women’s rights activists across the demographics to demand an end to sexist and misogynistic treatment of women; to call attention to their vulnerability to sexualized violence and abuse in public and private spaces; to expose sexual predators and demand legal action against them; and to instigate more accountability on the part of those who witness abuse without intervening. The #MeToo movement has rightfully been criticized for its own exclusionary practices, but its circulation in mainstream media and the general public has called attention to issues that already motivated the women’s liberation movement of the 1970s. From the viral traction of #MeToo to #YouOkSis and #ChalkBack, social media have become successful tools in generating visibility for women’s experiences of verbal abuse and sexual harassment. They have become, what Abigail De Kosnik and Keith Feldman have termed “hashtags we’ve been forced to remember” (De Kosnik/Feldman 2019, p. 1).

Nevertheless, these (and other) art projects on Instagram traffic in what Lauren Berlant has termed “cruel optimism” (Berlant 2011, p. 1). The cruelty of these attachments lies in the fact they their promise of a good life ropes us in and strings us along as we perpetuate the very conditions that systemically make a good life impossible. Berlant’s observations about optimism’s cruelty attends to “fraying fantasies” of “upward mobility, job security, political and social equality, and lively, durable intimacy” (Berlant 2011, p. 3). The affective economies of social media depend to a large degree on these cruel optimistic attachments to the things that put us down in the first place. With Instagram and other forms of social media, the promise resides in their technical capacity to bring people into contact, a capacity we have all relied on to a large degree during the Covid-19 pandemic. And even beyond that, social media’s role in mobilizing publics is uncontested – thinking of the Black Lives Matter movement and the #MeToo movement among many other consciousness-raising and activist projects by which we will probably remember the times we’re in.

Dynamics of competition and judgment

Still, the economies of constant self-promotion on which the “social” in social media is predicated reifies the very neo-liberal dynamics of competition and judgment that have shaped our perception of us and the world around us. By adopting the trope of the Insta-girl, these projects do not really break with the aesthetics and economies of Insta-girlhood. Moreover, in order to reach their audiences and successfully launch their “message,” they depend on the dynamics of the very digital economies they seek to critique. In other words, there is little indication to audiences how the artists’ strategic performance of the Insta-girl departs from the practices of neo-liberal self-promotion on which social medial apps depend. And finally, the particular trope of the white, pretty, cis, and able-bodied Insta-girl Ulman and Jansma perform risks reproduces hegemonic notions of womanhood or, at least, tacitly reaffirms them through their audience’s continuous and perhaps uncritical circulation.

Inside or outside the logic of digital economies

The digital economies Ulman and Jansma employ therefore reify social media’s role of what Jasbir Puar has termed “recapacitation machine” (Puar 2019, p. 10). Puar contends that the stunning success of the “It Gets Better” campaign designed to inspire queer youth normalizes predominantly white, liberal, and male queer identities and assemblages and thereby “ultimately partakes in slow death” of those queer identities and communities for whom it does not get better. Puar suggests the IGB’s cultivation of individual resilience rather than on the systemic violence against queer and trans folks also tacitly places blame on individuals who failed at getting better. The same pressure to out-perform one’s haters is also an issue for Ulman’s and Jansma’s respective projects. Within the logic of misogyny, to borrow Kate Manne’s term (Manne 2017, p. 14), harassment still registers are a response to women’s behavior in public. Or, in the case of sexual harassment, as long as the question as to what she wore, said, or really wanted when she said no, the blame sits with the victim. In the same vein, the trope of the Insta-girl cannot exist outside of capitalist interpellation, and celebrating its agential potential is a cruel optimistic fantasy, but perhaps one we need as we navigate the many iterations of neo-liberal risk. 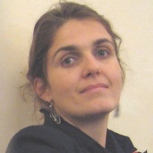