Systematic use of shame to suppress women’s voice in Iran

In the history of the women’s movement in Iran, women’s struggle for human rights has always been suppressed in various ways. One of the methods of suppression has been the systematic use of shame. I begin my discussion with a definition of the concept of shame and explain how its use in the public sphere has limited women’s agency in society. I also touch on how the Islamic government has been using shame to exclude women from the public sphere.

“Shame is a distressing emotion, where we feel faulty and unworthy, defective, exposed, and vulnerable […]. The focus of shame is on our very being, on who we are” (Zahavi 2020: 351). This describes an awareness of the assumption that there is something defective, unqualified, or stupid in a person causing them to behave in a way that prevents them from achieving their goals or causes immoral behavior or antisocial attitudes toward others. This causes self-doubt and anger towards the self. Researchers have pointed to the positive role of shame in encouraging critical thinking toward oneself. This is debatable. In this article, I focus merely on the destructive impact of self-doubt and anger toward oneself caused by shame.

Historically and culturally, there are strong connections between women’s bodies, sexuality and shame. These linkages are both personal and political. If we add religious prescriptions, this sense of shame intensifies along with feelings of guilt.

The Islamic government of Iran has systematically shamed women’s bodies, including their hair, by enforcing the law of obligatory hijab as a symbol of the Muslim woman. By doing so, it has institutionalized patriarchy and the social subordination of women. The Islamic government has made public space an exclusive arena for men. Women can enter and work in this public space on the condition that they accept its masculinity and recognize the alleged superiority of men in this space.

Wearing the hijab and thus making sure that they do not sexually stimulate men by showing their hair has become the responsibility of women if they were to seek agency in these public social structures. Creating a sense of shame among women regarding their hair and body – which obviously confuses and excites men’s sexual feelings – has become part of the Islamic government’s policy.

On closer inspection, this policy was naturally intended to limit the presence of women in society, which threatens the exclusive power of men in social structures. Thus, creating a sense of shame ensures the unchallenged power of men. This is also often understood at men’s public ownership of women’s bodies and justifies their right to sexually harass women on the street. Meanwhile, women are expected to feel shame at the very public violation of her privacy by men. This is how, as Sara Ahmad says, shame becomes a form of cultural politics (Dolezal 2020).

Living with systemic shame has profound and lasting consequences on one’s psyche, both personally and politically. When shame is internalized in the process of socialization, not only is a person’s mental framework shaped, but it also affects the way of one’s being in the world. In this case, shame is no longer merely an emotion, but a kind of personality trait that influences behavior, interactions, and activities in various situations. It can be profoundly disabling and traumatic, affecting a person’s global sense of self and consequently, their expression of intention and agency in the world and towards others. Shame produces a stagnant and deconstructive self-obsession. A woman’s shame is an affirmation of what the patriarchal society believes – that the woman is a person of lesser value (Dolezal 2020).

Suppressed protest and anger turned into a movement

During the years of Islamic government, women have tried to fight against this policy in various ways, from engaging in conciliatory dialogue and entering politics to change the policy – which of course always failed – to civil disobedience against humiliating laws that police their bodies, such as wearing the so-called bad hijab, which is considered as an inappropriate form of dressing that does not conform the standards of the Islamic government’s ideal of covering the hair and body by wearing a long and wide veil or chador. This struggle continued in 2017 in the form of individual protests by the girls of Revolution Street, who unfortunately could not find mass support and were suppressed. However, with the murder of Mahsa Amini, this suppressed protest and anger has intensified and has turned into a movement. This anger, while severely suppressed, not only involved women, but also brought men into the scene in defense of human dignity. In this repression, we see the politics of shame. The repressive forces have not only silenced the protest with batons and by shooting people, but they have also humiliated protesting women by sexually harassing them. An example can be found in this short video (Caution! The content of the video is violent).

Hoping for the victory of “Woman, Life, Freedom”

To end, I refer to the definition of shame by Karl Marx to encourage looking at shame from a different angle, even in its positive meaning. He sees shame as a form of anger at oneself: “Shame is a kind of anger turned in on itself” (Weyher 2012: 351). During the years of Islamic governance, women have been confronted with a gendered theology and a political theology that has always subordinated them to men. Now they are ashamed of having tolerated such a position throughout all these years, and this shame has turned into a kind of anger towards themselves and a motivation to start revolutionary action against the oppressive and discriminatory policies of the Islamic government with its theological justifications and gender politics. 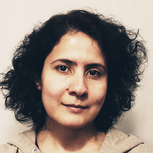 Marziyeh Bakhshizadeh is a member of the scientific staff in the Gender and Diversity program at Rhine-Waal University of Applied Sciences. She studied sociology in Tehran and completed her doctorate at the Ruhr University Bochum on women's rights in different interpretations of Islam in Iran after the 1979 revolution. Her special interests in research and teaching are sociology of emotions, sociology of religion, and in particular human and women's rights in Islamic societies and cultures.

Here is a link to a recent report on CNN

Thanks for your contribution. Allow me to bring some nuances and recall some fundamental points.

It seems to me too restrictive to analyze what you call "Systematic shaming of women's bodies" solely in terms of the superiority of male power in Iranian societies as well as in Western ones. This approach remains reductive - on the surface - or even trapped in a current prism - the modern feminist claim - which misses the essential part of what, can be psychoanalytically enlightened.

It is the "sexual promiscuity of the woman" with the man, that is to say the unfathomable enigma of the feminine sexuality which lies at the heart of the most archaic masculine anxieties and that of the prohibitions of the societies.

Some examples of this forbidden promiscuity:

-Is there not a strict physical separation in religious buildings (Synagogue, Mosque and formerly, in Churches), between women and men?

-Let us also recall the "concession" of Saint Paul on marriage ("In order to avoid any dissoluteness [explicit reference to the extended sexual drive, which goes beyond the genital], let every man have his wife and every woman have her husband"; Cor, 1,7).

-Jean Bodin (jurist & philosopher but also passionate about demonology) wrote in 1580: witchcraft is "the paradigm of feminine excessiveness: it permanently defies the sovereignty of the father by opposing him with an evil, sexual, destructive, atheistic power, a source of sedition and debauchery".

The contemporary masculine anxieties in front of the enigma of the female sexuality did not disappear. We find them again, perhaps in updated forms, in our daily clinic. Whether we like it or not, the unconscious anguish of castration and the indissolubility of the anatomical difference of the sexes remain.

Even Sigmund Freud once said to Marie Bonaparte: "the great unanswered question which I myself have never been able to answer despite my thirty years of study of the female soul: Was will das Weib?"

An admirable account of the authorities' attempt to impose the emotions of shame on women generally - and some of the psychological consequences.

Clearly, many women have been able to resist this pressure, including the violence, and some men have supported them too. What can we infer about the flaws in the regime's strategy? Is the appeal to a universal religion to justify a sectional interest - the dominance of patriarchal men - inherently a problem? That seems a difficulty in all patriarchal religions.

What resources do the women draw on? They may be more than a search for human rights, which in itself is a rather abstract idea. There are perhaps strong motives in the search for dignity, equality, and full recognition, and social bases in women's networks.

I hope the situation for women in Iran and Afghanistan, women of Islamic countries change and improve.

Thank you very much for your comment. We have different perspectives on this issue. I have a social psychological view and you have a psychoanalytic one. I am curious to know from the perspective of psychoanalysis what solution you propose to liberate women from the oppression in a patriarchal government like the one in Iran.

I believe that religions belong to the era of patriarchy, but yet they also had a liberating quality. Every religion in its time rose up against the unjust institutionalized order in society, and therefore one can look for liberating and even egalitarian qualities in every religion as a movement in its era. However, it is questionable to what extent these liberation movements were successful and in what extend these goals were achieved.

In the case of Islam, for example, the Mu'tazila school (between the 8th and 10th centuries) emerged, which considered human reason as the basis for determining good and evil and defining justice, rather than revelation. On this basis, we can point to the basic core of rational thought as the basis of justice versus revelation in the early years of Islam.

If there are some religious people who also strive for justice through their religious resources, they are very welcome and should not be blamed for their patriarchal religious background.

Therefore, all movements, religious or non-religious or cultural, that demand liberation and equality need to unite and integrate for the liberation of women in the patriarchal system of Iran.