Zitation: Stefanie Leinfellner: "Everything has to be informed by gender issues" – Interview mit Richard Dyer, in: blog interdisziplinäre geschlechterforschung, 18.09.2018, www.gender-blog.de/beitrag/everything-has-to-be-informed-by-gender-issues--interview-mit-richard-dyer-/ 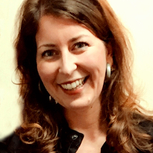