I want their voices to be heard

Yalda Yazdani was born in Esfahan, Iran. She is an Iranian ethnomusicologist, musician, curator and artistic director. She talked with Uta C. Schmidt about her research and cultural work.

You are doing your PhD at the University of Siegen, supervised by Prof. Florian Heesch. What is the topic of your research?

I’m writing my doctoral theses on “The Politics of Musical Participation: An Ethnographic Study of Women Singers in Post-Revolutionary Iran”. I studied music at the Teheran Azad University and my instrument is the Tar. The Tar is a very traditional instrument of Iran, which is actually very common, but which used to be played mostly by men. But year by year we see more women who are playing this instrument in Iran.
At the time when I started my bachelor thesis questions arose. Female singers were not allowed on stage at our concerts. Up to now female singers do not appear on Iranian TV nor do women playing instruments. There are various reasons, but the most important one, according to the Islam religion, is that women’s voices provoke men. So female singers are not allowed on public stages and women singing solo is forbidden in public. These bans are embedded in a larger political context, because according to the Iranian interpretation of the Islamic laws, music in general is "haram" that means forbidden.

That's hard for me to imagine. There is singing everywhere …

Iran has a population of about 85 million, which is slightly more than Germany. Iran is about five times the size of Germany and includes totally different regions and cultures. Someone who lives in the North of Iran as part of the Caspian culture and someone who lives in the South of Iran in the Persian Gulf region might rarely have heard the music of the other regions. Of course, I’m talking about 2009, when we weren’t linked by social media like today. So I decided to travel to do research about the roots of women’s voices in the Iranian traditions. I visited each region of Iran looking for women, their lives, voices and melodies. The more I learned about the music and the culture, the greater my curiosity became – wow, this tradition is so rich and so beautiful.

I decided to change my topic from Performance Studies to Ethnomusicology, when I started a master’s program in Istanbul. I concentrated on a Turkic-speaking tribe in the Iranian music tradition, which is located in the South-West of Iran: The Qashqai nomads. The field research with the Qashqai women changed my life – really! I was touched and fascinated listening to these women creating their own songs. This tribe is economically independent, everything depends on women’s work, who weave the famous Qashqai carpets. They don’t use templates or pattern books to organize their knotting. The intricate carpet patterns are all created in their heads, they do it all by their minds and improvise with patterns and colors. Each woman works in her own way of weaving and singing. And then I realized that there was a connection between weaving and singing. This became the topic of my master thesis in Turkey: I was interested in the relation between singing and working, between the rhythm, the patterns, the work, the emotions.

You identified a difference between everyday culture and official government?

We know that women sing lullabies to make children sleep. But this is only one function. The other is that women express their emotions and organize their everyday life by singing. These carpets are very large and their realization lasts two or three years. Very often two or three women work on the same carpet and their songs help to keep the work in rhythm. It was fascinating to see how the rhythms of working and singing are linked. Based on this field research my project “Algoryhthms of Beauty” began in 2018. It’s a collaboration with Christoph Wieland, funded by the Goethe Institute.
You know, it’s important to realize and to state that apart from religious or governmental regulations the music is deeply weaved into the everyday lives. These women sing and nobody tells them its forbidden and nobody even knows that they are singing. It is very important for me to show that music really exists in everyday life despite of religious or governmental bans.

And what is your promotion research about?

After leaving Turkey, I moved to Germany to write my PhD. “Politics of Musical Performance” focuses on female singers in various parts of Iran and with various musical styles, from traditional music, folk music to rock and metal. Those who sing about social problems and political issues are much more under oppression – but they are all active in the underground scene. In the past seven or nine years social media has grow in an incredible way. Instagram is the most commonly used channel, and Insta is often used by women to publish their works. Sure – this channel is also controlled, but female musicians find creative strategies to undermine the regulations. For example, it is not forbidden for women to sing in their houses. So, Insta stories show women in their living rooms, in very professional scenography. In Iran, social media have a very different function than in Europe – they are not only used for commercial advertising or product placing, it’s a platform for publishing new music tracks or albums.

It's unbelievable. Seeing Instagram as an empowerment strategy is reminiscent of the early days of the Internet, when its effects on democratization were discussed.

You can’t imagine – day by day you can find new women on the field of music as singers. The government tries to regulate and constantly tightens restrictions. But the more they try to control, the more female musicians are posting their singing and increase their activities in field of music. It’s a loud signal of fighting for women’s rights. The Iranian ban on female singers is not forced by a religious interpretation of music, it’s a form of silencing women. 70 percent of the educated population are women, they are mainly very young. If they had the opportunity to stand in front of an audience to sing, to perform and express freely, it would be a very strong act – and the Iranian government doesn’t want to face this.
In my view it is not only a question of women and music but basically of women and their human rights. If it was a religious commandment concerning music, this would apply to men as well.

How did your collaboration with the Zeitgenössische Oper Berlin come about?

I have collected an incredible amount of sound recordings and videos over the years. I wanted these female voices to be heard and these strong women to be seen. I was looking for someone to collaborate with and I met Andreas Rochholl at the Zeitgenössische Oper Berlin. Together we were able to organize the festivals “Female Voice of Iran” in 2017 and 2018. For the first time 20 female singers from different regions of Iran were on stage in front of a public audience in Villa Elisabeth in Berlin. One of them was Jamileh Amaniyan, a musician from a small town in the Turkmen region of Iran. There she was singing self-confidently on stage in front of a big audience in Germany. The audience was so touched and inspired by their talents. Both festivals showed: Regulations and limitations are not going to stop female singers in Iran. If women really want to move forward – they will. And also, I strongly believe music is one of the best ways to communicate with other cultures and to build bridges. The collaboration of Iranian female singers and German musicians in Berlin led to new songs.

In Iranian music, influences of Arabian, Turkish, Armenian, Afghan culture come together. Now you are focusing on Afghanistan. What are your plans?

On August 2021, when the Americans withdrew their troops from Afghanistan, I went to Kabul with a film crew from CrossGeneration Media. Nobody could have imagined what has been happening after. Before the withdrew, we had met nine female singers in Afghanistan and learnt a lot about their lives and documented their music. Today, these nine women are scattered all over the world, none of them remained in Afghanistan. Of course, we had to change our plans. Andreas Rochholl, Sebastian Leitner and me have recently been working on a film that shows these women in exile over a year. Life after Life we titled the movie. It was an almost unbearable experience. And a historical one, because it showed us how quickly life can get out of control and change completely due to political circumstances. In Iran, women are fighting against limitation and discrimination and for their human rights, but in Afghanistan they are fighting for their lives. These film projects give me the opportunity to do research, to write about the topics but at the same time to provide a stage for these wonderful women with their voices and their music. I want their voices to be heard more and more internationally.

We didn't even talk about the Tar that stands at the beginning of our talk. What kind of instrument is it?

Of course, I want to keep my instrument alive because it stood at the beginning of my musical life. It gives me good energy, good vibrations. The Tar is a long-necked lute. It’s handmade from different organic materials: So, the main body has the form of an 8 and is made from wood from mulberry tree with a covering of parchment from the skin of a sheep. The neck is from a walnut tree. The white parts at the neck are made from bones of a camel. The frets are made from cow intestines. The bridge comes from the horn of a wild goat.
The whole instrument is made of materials that traditionally determined life in harmony with nature. It has a soul. If you look at the back of the instrument, it looks like a human body from behind, sitting on the earth and looking over the plain. This instrument is filled with deep symbolism. It is to remind us that we are nothing in the infinite universe.

What drives your work between research, documentation, presentation?

I’m am getting on with the research. My friend Kimia Bani, a percussionist, and I perform music live from time to time on stage. At the same time, I continue my documentary film projects. All these activities between science, documentation, music, film and art are closely connected for me and linked by an important topic: I am interested in the roles of women in music in the Middle East. Iran or Afghanistan are not totally determined by the government and its official regulations, there are a lot of other issues to talk about in these countries. We must be careful not to produce the one and only story of women of these regions as victims. Women in Iran or Afghanistan fight strongly for their rights and they cannot be called victims. I wish that, more and more, Iranian and Afghan women voices will be heard among other cultures. 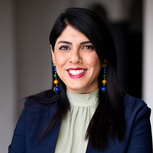 Yalda Yazdani is an Iranian ethnomusicologist and curator. Currently she is working as a research fellow in the department of Prof. Dr. Florian Heesch at University of Siegen/ G. and also completing her PhD studies. From 2015 she has been organizing various intercultural projects, documentaries, music workshops and concerts across Iran and Europe with the aim of creating collaboration bridges between European and Middle-Eastern musicians and artists. 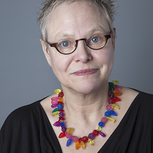